You are here: Home / Iowa Girls’ 6-on-6 Basketball

Iowa Girls’ 6-on-6 basketball holds a unique spot in sporting history. It was popular well before most other girls’ sports rose to prominence. Its unique rules and play style make it an interesting study for sports fans. It has left a legacy unlike any other for players, coaches, fans and historians alike.

These were the rules that were in place in the 1950’s during Maynard’s run to glory. In 1941 the guards were encouraged and coached to play physical and were taught how to aggressively steal and tie up the ball and block shots.

Iowa girls started playing organized basketball in Dubuque in 1898 under the standard 5-on-5 rules established by James Naismith earlier that decade. They didn’t find those rules quite to their liking however and began to devise their own rules, which were standardized by the National Committee of Women’s Basketball in 1899. 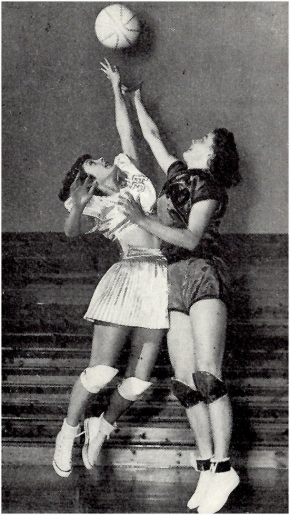 The popularity of girls’ basketball in Iowa grew until most towns in the state had teams. The first state tournament was held in 1920 in Des Moines, with 24 teams competing.

In the mid-1920s the Iowa High School Athletic Association (IHSAA) first de-prioritized girls’ sports, then tried to eliminate girls’ basketball altogether, saying sports were not appropriate for girls. A group split off from the IHSAA to form the Iowa Girls High School Athletic Union (IGHSAU), which would oversee girls’ sports in Iowa from that time on. The IGHSAU was relatively unique and did not have much company in others states.

Girls’ basketball continued to grow in popularity in Iowa, especially in small towns. It was estimated that more than 700 high schools in Iowa had 6-on-6 teams and in the 1950s more than 70% of all Iowa girls played 6-on-6 basketball. The rules were changed to speed up the pace, encourage scoring and allow more physical play. The stage was set for Maynard to burst onto the scene.

Title IX, which was intended to provide equality to female athletes, would ultimately spell the end of Iowa girls’ 6-on-6 basketball. As other states and colleges began to institute 5-on-5 programs, pressure mounted for Iowa to follow suit, which it eventually did. 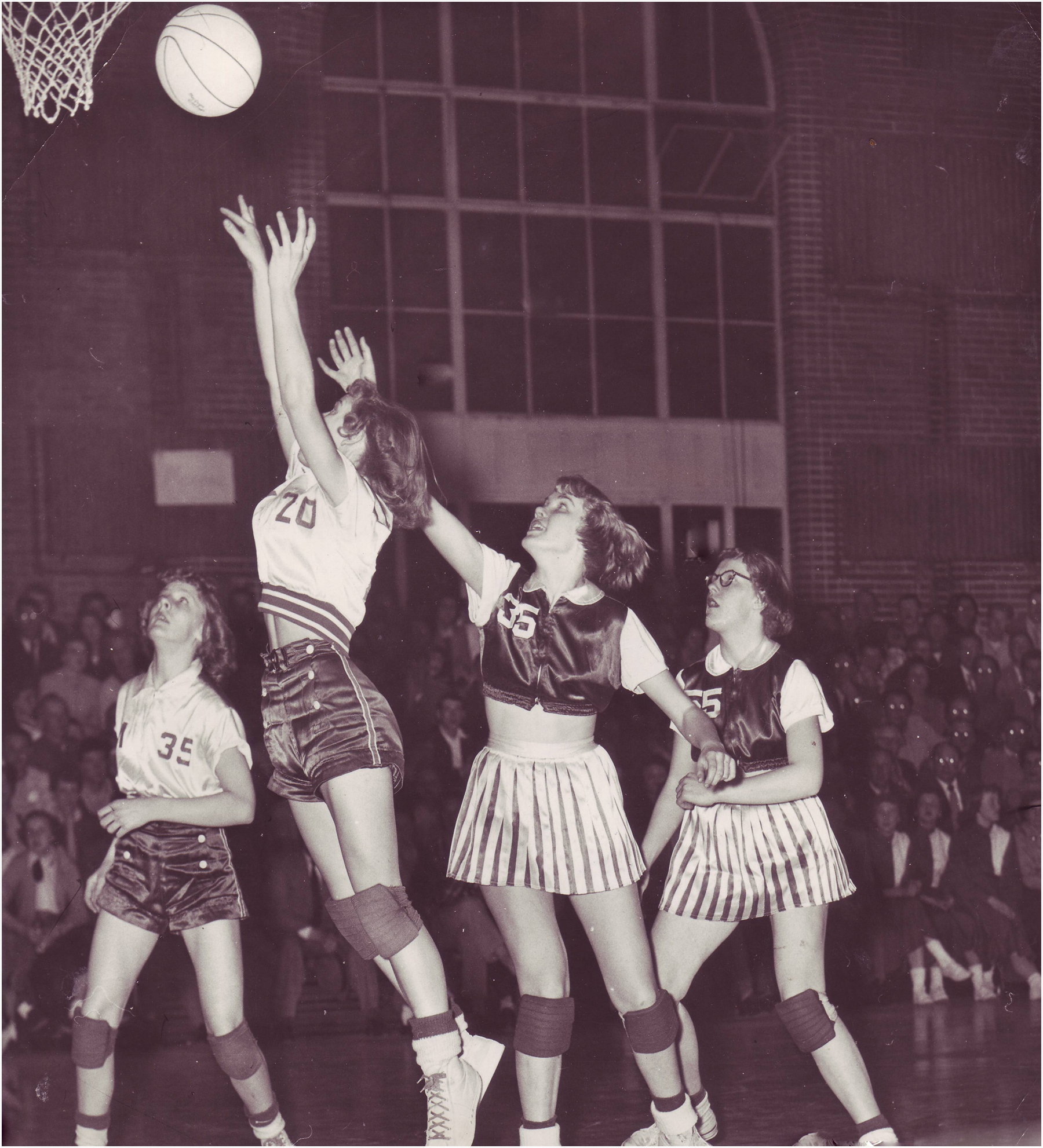 The mark left by the 6-on-6 game, however, cannot be denied. Iowa 6-on-6 girls’ basketball will always be remembered as the sport that gave an estimated 1 million Iowa girls a chance to play competitive sports. Girls’ basketball helped give identity to hundreds of small Iowa towns. The people who lived through the glory days of 6-on-6 will never forget or underappreciate what the game meant to the state of Iowa.

The popularity of Iowa girls’ 6-on-6 basketball during that period will never again be equaled by any sport on that scale for either gender. The current Iowa girls’ state tournament, which is 5-on-5, is no match for what it was in the 6-on-6 days of yesteryear.